“Jesus told them another parable: ‘The kingdom of heaven is like a man who sowed good seed in his field. But while everyone was sleeping, his enemy came and sowed weeds among the wheat, and went away. When the wheat sprouted and formed heads, then the weeds also appeared. The owner’s servants came to him and said, “Sir, didn’t you sow good seed in your field? Where then did the weeds come from?” “An enemy did this,” he replied. The servants asked him, “Do you want us to go and pull them up?” “No,” he answered, “because while you are pulling the weeds, you may uproot the wheat with them. Let both grow together until the harvest. At that time I will tell the harvesters: First collect the weeds and tie them in bundles to be burned; then gather the wheat and bring it into my barn.”‘” Matthew 13:24-30 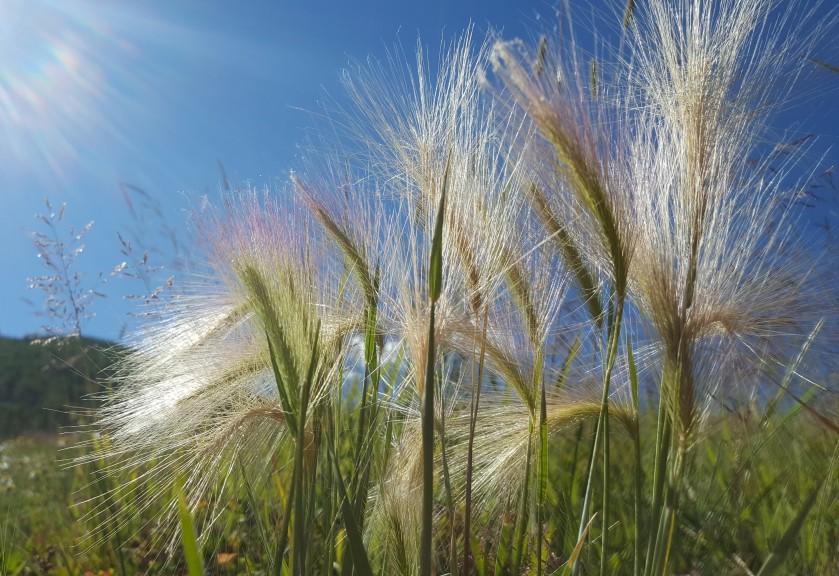 There are some people, situations, besetting sins that make life difficult. I had a friend who once said, “I could be holy if it weren’t for other people!” But in this life, we’ll always have ‘rubs,’ will struggle against flesh and have to contend with those who disagree with or work against us. Just as adverse growing conditions makes tea flavorful, adversity in our lives refines, sharpens, smooths and sanctifies us, making our ‘fruit and flavor’ robust.

Walking into tares presents a challenge, because they scratch immediately and entrap you; backing out cuts your skin to bleeding, moving very slowly and carefully forward is the only way to free yourself. Paul’s sticking thorn taught him God’s sufficient grace, and living and growing with Jebusites in our midst, among prickly tares, is God’s intent to teach us that grace too. (2 Corinthians 12:7-10)

Lord, give me Your attitude toward the Jebusites in my life. May my oppositions serve me, to make me more like You, rather than my falling to imitation, to their sway and consequent antagonism, discouragement, or distance from You. Strengthen my roots in You so I continue to grow undeterred, unentangled alongside the tares that would trap me in fear or idleness and choke my fruitfulness, my fragrance. Teach me to live for that glorious Day when all will be well.

One thought on “Jebusites Among Us”