Honor. There is something so moving about the shiny black of the cars, the flap of half- mast flags bowed in humble respect, the hush of a dignified, uniformed procession carrying a color-draped casket, the silent devotion and reverence of people lining the streets at attention as a respected deceased President passes by, regal bells tolling. I was struck by a neighbor who had taken the time to lower his flag in honor of this man who served our country in World War II, surviving being shot down, and then in various public offices, most recently as President.  I was stirred by the man himself who had honored his wife over 70 years in word and behavior, his children with love, others with whom he disagreed as fellow humans, and the highest office in the land because it was a public trust. It has become our entitlement, even the norm, to criticize those in authority, to play side-line coach and nit-pick their decisions, to dishonor with our rebellious attitudes, rolled eyes, and vitriolic words, that I relish this time to stop, be still and thoughtful, and honor. To hush. To be thankful for the freedom to serve others and for those who consider their lives as not their own and believe in causes larger than self, to focus on the good instead of the imperfections we all bear, to show respect for the sacrifice, to bow the head. 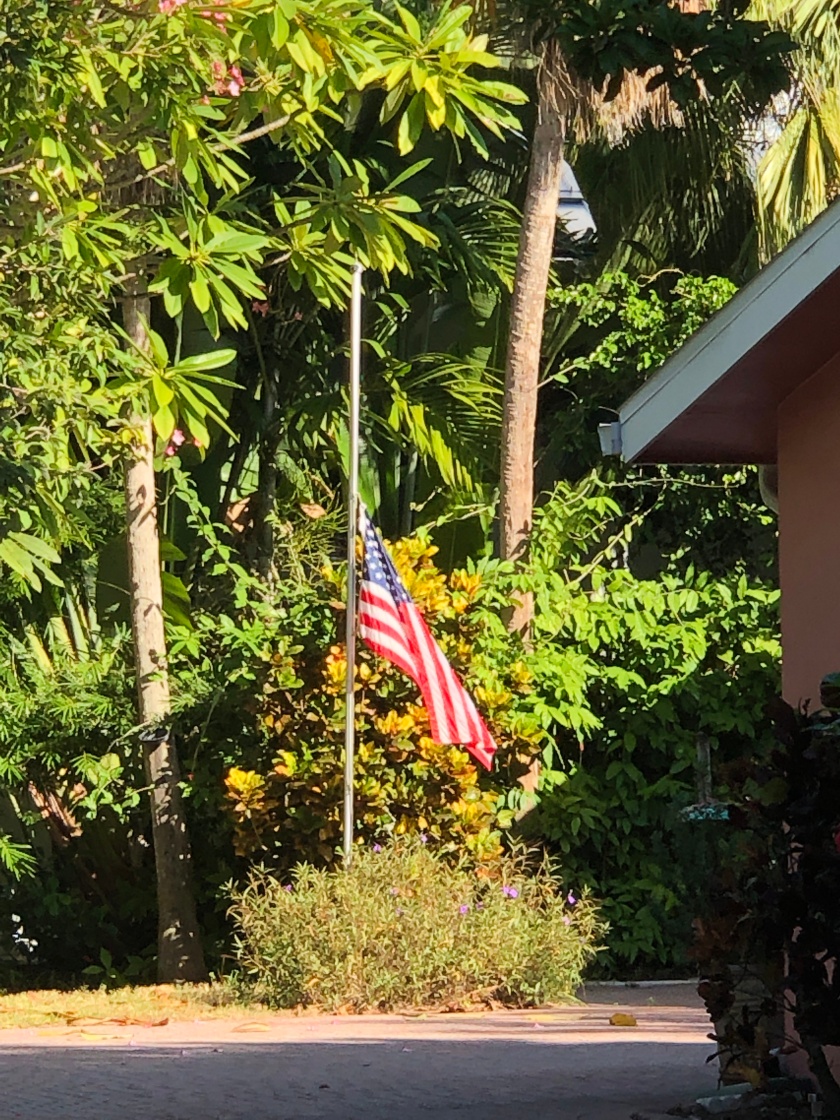 Whom are we called to honor? The King, all government authorities over us, our parents, our spouses and marriages, the brotherhood of believers, all God’s image-bearers. There are lessons to be learned for every day from a country’s honoring of one of its highest dignitaries: Make the effort to show honor, be deliberate in taking the flag of my pompous heart to half-mast; deflect attention to prefer and salute another; set aside your own agenda for a while and stand still and silent, let the other speak and affirm– with no qualification– what he says; use words not to pontificate about self-absorbed opinions but to build up and exalt the other. (Exodus 20:12; Ephesians 5:33; Hebrews 13:4; Psalm 15:4; Proverbs 14:31; James 1:19; 1 Corinthians 14:3)

Above all, let us honor mighty God, Who alone is worthy of all glory, honor and praise. Let us honor Him with our first and best, with lips and heart, with praise befitting the King of kings. “Worthy are you, our Lord and God, to receive glory and honor and power, for you created all things, and by your will they existed and were created.” (Proverbs 3:9; Matthew 15:8; Revelation 4:11)

“All glory, laud and honor to Thee, Redeemer King; to whom the lips of children made sweet hosannas sing. Thou art the King of Israel, Thou David’s royal Son; now in the Lord’s name coming, the King and Blessed One. The company of angels is praising you on high; and we with all creation in chorus make reply. The people of the Hebrews with palms before you went; our praise and prayer and anthems before you we present.” ~ Theodulf, Bishop of Orleans (c. 820)

Lord of lords, as I am mesmerized by the showing of honor here on earth, may I ever take it up as my banner toward all. Your creatures are worthy of honor, and You alone are to be exalted above everything. May my attitudes, words, and actions bear Your nobility, and honoring You be the rhythm of my living.

One thought on “Honoring”