“Jesus left Judea and departed again for Galilee. And he had to pass through Samaria. So he came to a town of Samaria called Sychar, near the field that Jacob had given to his son Joseph. Jacob’s well was there; so Jesus, wearied as he was from his journey, was sitting beside the well. It was about the sixth hour. A woman from Samaria came to draw water. Jesus said to her, ‘Give me a drink.’ (For his disciples had gone away into the city to buy food.) The Samaritan woman said to him, ‘How is it that you, a Jew, ask for a drink from me, a woman of Samaria?’ (For Jews have no dealings with Samaritans.)  Jesus answered her, ‘If you knew the gift of God, and who it is that is saying to you, “Give me a drink,” you would have asked him, and he would have given you living water. Everyone who drinks of this water will be thirsty again, but whoever drinks of the water that I will give him will never be thirsty again. The water that I will give him will become in him a spring of water welling up to eternal life.’ The woman said to him, ‘Sir, give me this water, so that I will not be thirsty or have to come here to draw water.’” John 4:3-10,13-15

Samaritans were religious half-breeds, from earlier times those who mixed the worship of true God with that of other gods, and to the Jews, they were unclean–they would walk around Samaria to avoid contact with them to reach a destination. But Jesus “had to pass through Samaria.” His agenda was so different from those around Him that it did not submit to their norms or prejudices. His holy compulsion was to do His Father’s will; He had come to seek and to save the lost, to call sinners to Himself, and He had a divine appointment with the woman at the well. Through loving, gracious conversation that revealed Jesus’s omniscience and awakened her spiritual thirst and faith, the outcast woman came to believe He was the Christ. (John 4:25-26,28-29,39-42; 6:38; Luke 19:10; Matthew 9:13) 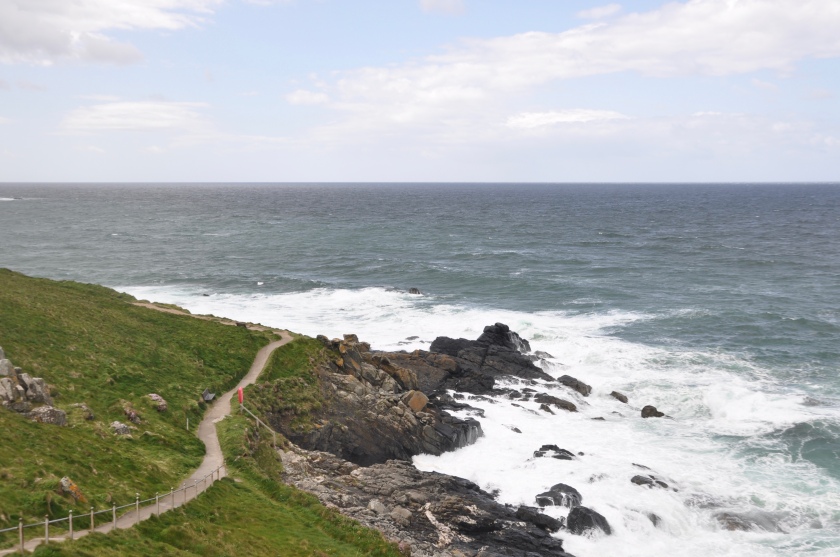 Do I begin my days with holy compulsion? What are the motivations that drive my agenda? Who writes the items on my to-do list, who names those I am to love and serve? Where am I avoiding the uncomfortable when it might be exactly where God is calling me? Do I fear exposure or contamination or criticism or even fatigue more than I fear disobeying the One Who sends me? His pathway may be uncomfortable, risky, frightening; He may not reveal the whole process or the end of the story, but He Who assigns me tasks is He Who is good in His plans and Who enables me to obey in His strength; He Who begins a work is He Who finishes it. His ends are redemptive and altogether holy–why would I not heed His voice? (Philippians 1:6; 4:13)

Lord, teach me Your ways, lead me on Your paths. May I hasten and not delay to go where You call, even if it means laying aside my own preferences and preconceptions. May Your holy compulsion lead me every step of every day. (Psalm 25:4; 119:60,66)