“The Lord God planted a garden in Eden, and there he put the man whom he had formed. And out of the ground the Lord God made to spring up every tree that is pleasant to the sight and good for food. The tree of life was in the midst of the garden, and the tree of the knowledge of good and evil… God commanded the man, saying, ‘You may surely eat of every tree of the garden, but of the tree of the knowledge of good and evil you shall not eat, for in the day that you eat of it you shall surely die.’ Then the Lord God said, ‘It is not good that the man should be alone; I will make him a helper fit for him.’ …[He] made a woman and brought her to the man. And the man and his wife were both naked and were not ashamed.

“Now the serpent… said to the woman, ‘Did God actually say, “You shall not eat of any tree in the garden”?’ And the woman said to the serpent, ‘We may eat of the fruit of the trees in the garden, but God said, “You shall not eat of the fruit of the tree that is in the midst of the garden, neither shall you touch it, lest you die.”‘ But the serpent said to the woman, ‘You will not surely die… your eyes will be opened, and you will be like God.’ So when the woman saw that the tree was good for food, and that it was a delight to the eyes, and that the tree was to be desired to make one wise, she took of its fruit and ate, and she also gave some to her husband who was with her, and he ate. Then the eyes of both were opened, and they knew that they were naked. And they sewed fig leaves together and made themselves loincloths. And the man and his wife hid themselves from the presence of the Lord God among the trees of the garden. But the Lord God called to the man and said to him, ‘Where are you?’ And he said, ‘I heard the sound of you in the garden, and I was afraid, because I was naked, and I hid myself.’  .…And the Lord God made for Adam and for his wife garments of skins and clothed them.” Genesis 2:8-9,16-18,22,25; 3:1-10,21

Eden was perfect and self-consciousness non-existent until desire got disordered. When Eve decided every delight God had given was not enough, she bit into the notion she could have more. Sin produced shame and distance that only God could reach and blood could cover. 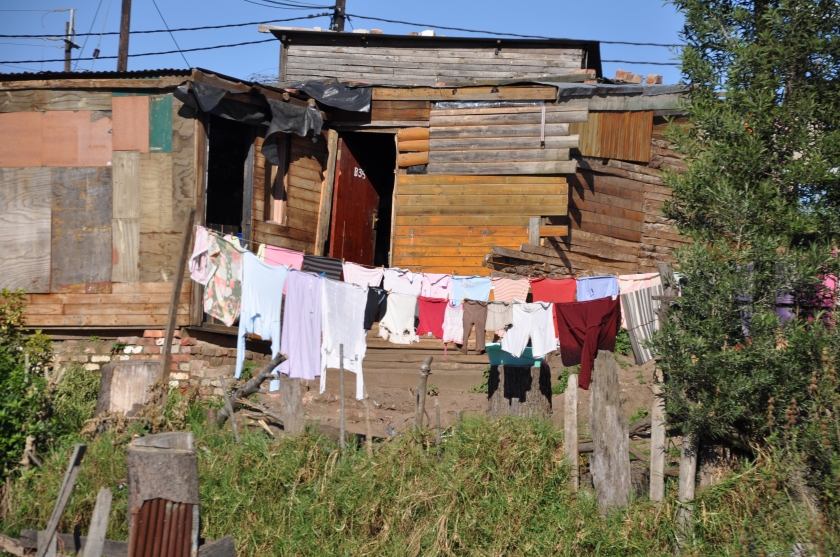 The animal killed to clothe Adam and Eve envisaged our Savior’s blood. Jesus came to carry our sin on Calvary and cleanse us from it. When once we’ve changed our shame clothes for His robe of righteousness, we are free forever to exult in His finished work. (Isaiah 61:10; 2 Corinthians 5:21)

Behind what fig leaves of control or perfection am I hiding? What actions or attitudes do I try to conceal from those I love, from God? What shame eats at my peace, tangles with my sleep, weighs down my heart, pollutes my relationships, keeps me from prayer?

Holy Savior, may I remember daily I am donned in Your glorious dress, and live accordingly.