“He also told this parable to some who trusted in themselves that they were righteous, and treated others with contempt: ‘Two men went up into the temple to pray, one a Pharisee and the other a tax collector. The Pharisee, standing by himself, prayed thus: “God, I thank you that I am not like other men, extortioners, unjust, adulterers, or even like this tax collector. I fast twice a week; I give tithes of all that I get.” But the tax collector, standing far off, would not even lift up his eyes to heaven, but beat his breast, saying, “God, be merciful to me, a sinner!” I tell you, this man went down to his house justified, rather than the other. For everyone who exalts himself will be humbled, but the one who humbles himself will be exalted.’” Luke 18:9-14

Picture two men, bodies facing the wall of the temple. The tidy Pharisee shifts his eyes askance to stare at the tax collector, derision steaming in his heart. As he intones his prescribed chant of superior puffery, he can’t keep his eyes off the others, the scum around him. Bloating with self-righteousness, gloating in his own esteem, he reminds God of all the good he has done, presenting his neatly-checked-off list– as if omniscient God does not already know. Nearby, a tax collector, convicted to the core as he bows before the invisible holy face of God, cries in desperation for mercy. 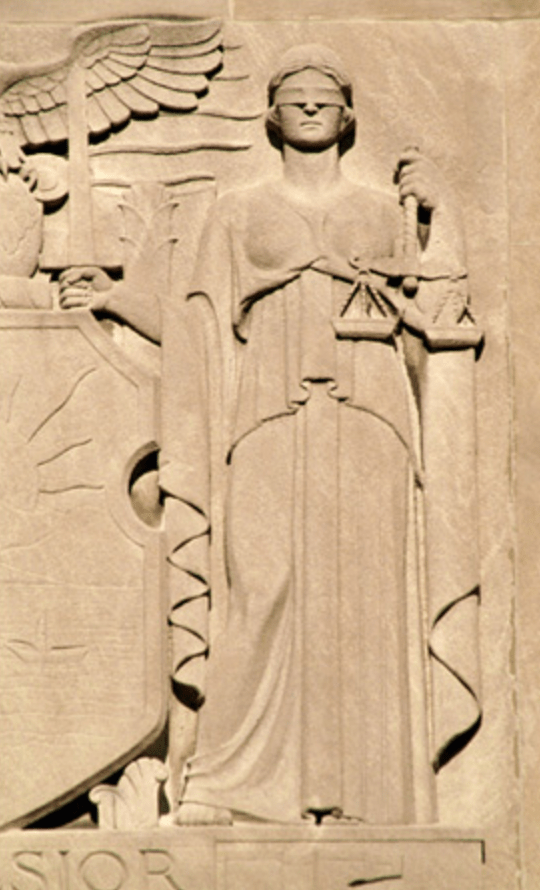 And whom did God justify? Whom does He always exalt? The humble. He who humbled Himself to death on a cross is He who receives and rewards those who do the same. He went before us to make the way of salvation that we could confess and extol His glorious name. (Philippians 2:3-11)

Do our eyes get stuck and muddied on what others have done, or done to us, and so we come to God with scales of comparison? Or do we focus on amassing our twinkly piles of good deeds to outweigh our slip-ups, and present to our Sovereign, who is actually not impressed? Would we instead bow humbly, and lift our eyes in trust to the Judge who sees not our sin because of His mercy that covers every penitent sinner? In faith to the One whose scales are perfect and blindfold is the perfect blood of Christ? Because of the finished work of Jesus, God the Righteous sees believers as covered, clean, clothed in His righteousness. He who owns the scales has taken on the weight of our sin and its penalty, borne our burden to the cross, and risen victoriously.  (Isaiah 61:10; 2 Corinthians 5:21)

Good Father, teach me all Your cross means for my sins, including the sin of comparing myself to others. Toward You, make me humble and repentant, emptied of self-righteousness and filled with faith in Your completed work on my behalf. Toward others, may I be generous with love, grace, and forgiveness, as You have been with me.